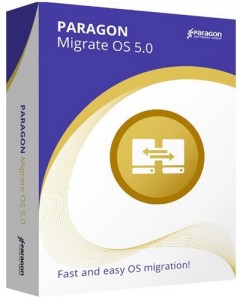 The easiest OS migration to new storage devices! Our handy intuitive wizard performs fast and safe Windows migrations to new storage devices (HDD or SSD) and even downsizes to smaller capacity drives, thanks to advanced new data exclusion capabilities. You can transfer a live system without affecting your work, and have your partitions automatically aligned without any extra work.

Windows migration from HDD to a smaller SSD
At launch, the wizard detects all existing Windows operating systems. Users then specify which OS they want to migrate. The wizard automatically picks one or two partitions (Windows 7 and above may have Microsoft System Reserved, special hidden partitions that contain critical boot files) and prompts the user to select a destination disk. If the selected disk is big enough to hold the operating system, it starts the migration. If not, it asks the user to exclude data by unchecking boxes next to unnecessary files or folders. When the proper size is reached, the migration begins.

Windows migration from HDD to SSD or HDD with same size
The intuitive wizard transfers a Windows system to another disk with minimal effort. All the user has to do after the migration is to configure the destination disk as the first boot device in BIOS, which automatically starts the new system.

Automatic Aligning
Misalignment increases the amount of read and write operations significantly. This causes a lowered HDD/SDD performance and a reduced SSD lifetime. Migrate OS will automatically align partitions on the destination disk, so you can start working with the migrated OS instantly and without worrying about alignement issues.

Only One Step
Transfer Windows OS, applications and user data to a larger or smaller storage device in a single operation.

Full Windows 10 support
– No matter, whether you transfer your Windows OS to the latest Windows 10 or want to perform fast migration operations under the new OS, Migrate OS is fully compatible with Windows 10.