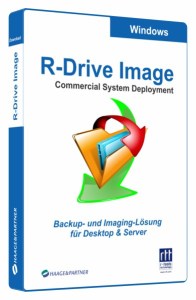 R-Drive Image is a potent utility providing disk image files creation for backup or duplication purposes. A disk image file contains the exact, byte-by-byte copy of a hard drive, partition or logical disk and can be created with various compression levels on the fly without stopping Windows OS and therefore without interrupting your business. These drive image files can then be stored in a variety of places, including various removable media such as CD-R(W)/DVD, Iomega Zip or Jazz disks, etc.

R-Drive Image Features:
– A simple wizard interface – no in-depth computer management skills are required.
– On-the-fly actions: Image files are created on-the-fly, no need to stop and restart Windows
– Image files compression. Image files can be compressed to save free storage space.
– Removable media support. Image files can be stored on removable media.
– USB 2.0 and 3.0 support in the startup version.
– An image file can be connected as a read-only virtual disk. Such disk can be browsed through and files/folders can be found and copied.
– Individual files and folders restoration. Individual files and floders rather than entire disk can be restored either during the restoring action or from a image file connected as a virtual disk.
– New partition creation. Data from a disk image can be restored on a free (unpartitioned) space on any place on a hard drive. The size of the restored partition can be changed.
– Partition replacement. Data from a disk image can be restored on other existing partitions. R-Drive Image deletes such partitions and restores data on that free space.
– Disk to Disk copy. An entire disk can be directly copied on another one.
– Script creation for frequent or unattended actions.
– Support for Windows Storage Spaces (Windows 8/8.1 and 10), Linux Logical Volume Manager volumes, and MacRAIDs. 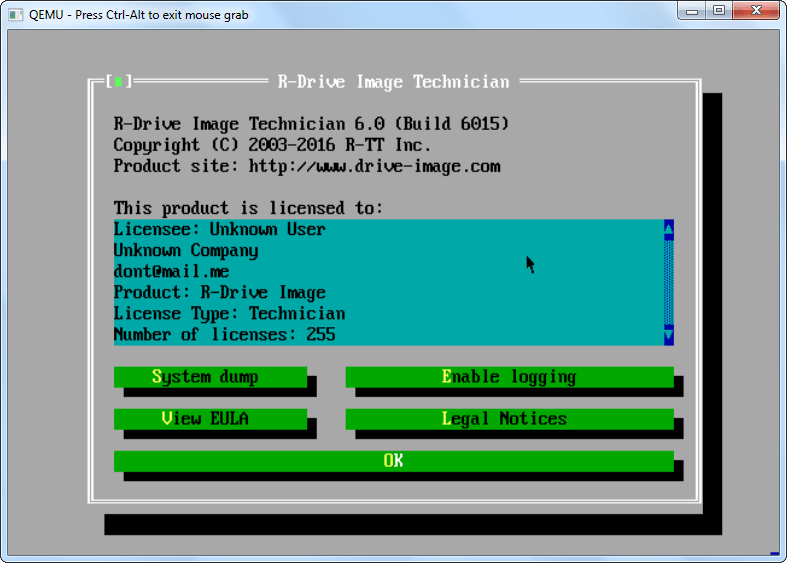 Bugfixes:
– The program might create an incorrect image for a disk locked with Bitlocker or with unknown file system. Fixed.

Bugfixes:
– Some cosmetic bugs are fixed.