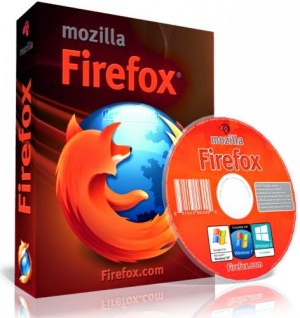 Mozilla Firefox is a fast, light and tidy open source web browser. At its public launch in 2004 Mozilla Firefox was the first browser to challenge Microsoft Internet Explorer’s dominance. Since then, Mozilla Firefox has consistently featured in the top 3 most popular browsers globally and this is set to continue thanks to the release of Firefox 30. The key features that have made Mozilla Firefox so popular are the simple and effective UI, browser speed and strong security capabilities. The browser is particularly popular with developers thanks to its open source development and active community of advanced users.

Designed to protect your privacy:
Do Not Track:
A Firefox innovation, Do Not Track lets you indicate a preference about the way your personal info is collected and used online.

Private browsing:
Sometimes it’s nice to go undercover. Turn this feature on to protect your browsing history from others.

Forget Button:
Remove browsing information from your computer after the fact. Use it when you’ve visited a site that you don’t want in your history.

Secure connections:
Use instant Website ID to make sure a site is what it claims to be and to check if your connection to it is secure.

World class protection:
Anti-phishing & anti-malware features protect you from trojan horses and spyware and warn you about potentially fraudulent sites.

Automatic security updates:
Firefox updates automatically to make sure you always have the latest and greatest security fixes.